After drawing a rather complex diagram with boxes which include a description (free-floating capture, positioned at top-left corner) sometimes these descriptions tend to float randomly into extended corners of the full diagram.

Up until now, there is no clear reason for that that I or our team can identify. However, it takes a lot of time to reconfigure to the original layout.

Thank you for your post and sorry about the problem. Are you using VP Online or the desktop version of Visual Paradigm? I am not very clear about what you mean by the extended corners of the full diagram, could you send me screenshots to show the diagram before and after the problem occur?

Thanks for asking. Using VP vers. 16.2 server-based version.
“Extended corners” - the mentioned descriptions of the boxes tend to flow outside the former existing size of the full diagram. Mostly they are to be found on the lower border out of sight (often only recognized when exporting the diagram into a pdf-file when the diagram is then way larger than expected).

Please let me know whether that description is making the case clear.

Could you upload some screenshots to show the problem?

Please find attached the requested screenshots. Caption placement is “free-floating”.
Hope that makes the described issue clearer. “Normally” the caption placement moves unintentionally towards one of the corners, often expanding the diagram, so that recognizing that text has moved elsewhere is only visible when exporting diagram as pdf-file for example.

Issue seems to occur mainly in Caption Placement mode “free-floating” which is used to place caption text inside a box at a specific position rather than using the pre-defined ones.

The reasoning(s) for the caption text to move to another position in the diagram by its own is not known. It seems to happen randomly.

Many thanks for your support, and perhaps other users have come across the same issue as well.

Here the situation after the caption has moved outside the box by its own. 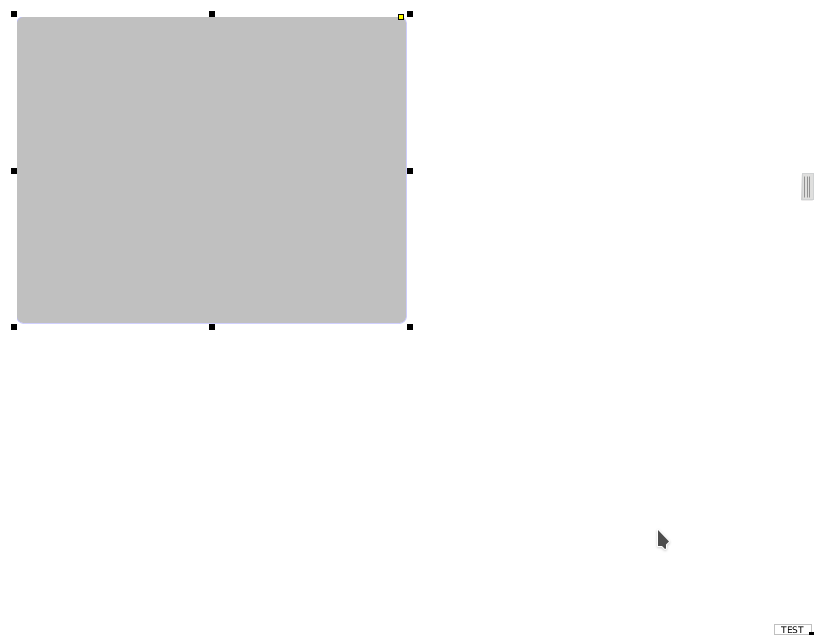 For all who wonder how to replicate this issue:

Thank you for the steps and screen captures. We can repeat the problem and our engineers are now checking. When a fix is ready, I will post here. Thank you again for your help and patience.

Thanks a lot for your message. Looking forward to the solution.