PLEASE HELPPPPPPP ! Saving teamwork project as a new project has a HUGE bug

Hi guys
I found a very huge and bad bug inside Visual Paradigm which has created a big problem for our teamwork project structure.

I will explain the problem with an example to understand what kind of problem has arisen for us.

Everything seemed fine so far that we needed to add the “B” project as a referenced project in some of the projects that have already been referenced to Project “A”.

These are some screenshots from the error :

(add “B” to the referenced project of a teamwork project) 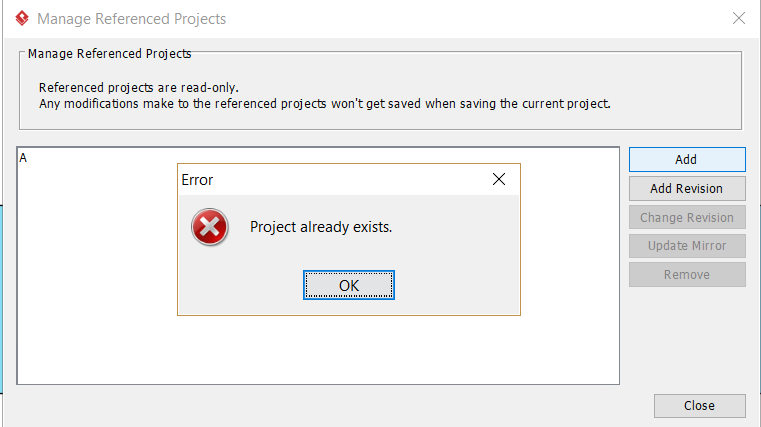 (add “A” to the referenced project of another teamwork project) 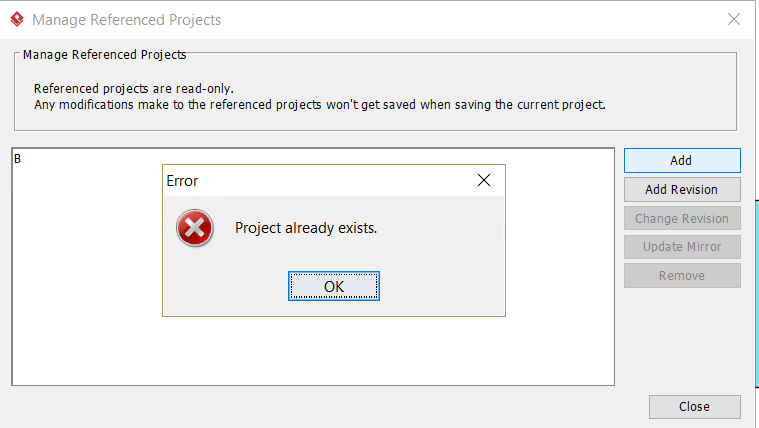 In fact, because Project “B” is a copy of Project “A”, VP mistakenly assumes they are the same

Screenshot, when I try to delete project B from the teamwork server. Actually, project C, has only reference to project “A” but VP cant recognizes that and mistakenly assumes B as A !!! )

I urge VP managers to address this issue as soon as possible, and I advise everyone who reads this post to refrain from copying projects in this way (Save as a teamwork project) before this issue is resolved.

Thank you for your post. We will take a look and get back to you as soon as possible.

Hi @Jick
Is there any news about this issue?
I first want to know if this problem is related to VP or am I doing something wrong?

Your case is already in the queue. When there are any updates, I will let you know.