Would you consider going open source with community edition to be released on hubs like gitlab or github including OpenAPI etc. I think Visual Paradigm has long history (I personally used already many years back), but the velocity of new features is not much changing… (no support fo Big data and/or graph databases and new popular schema management Json/Avro schemas…)…its still same as few years back…

Performance: The whole solution is quite slow reacting when working with large number of objects and such experience I have from first time (I don’t know exactly how many years back) I used VP, not much changed here during so may years…

Just searched from github and found 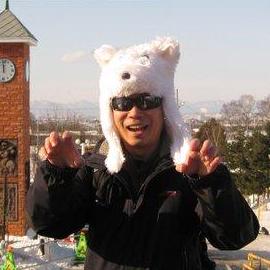 VPRainWong has 48 repositories available. Follow their code on GitHub.

Aha, I searched fro visual paradigm as organization at github, so found nothing…thx.

I’m pretty sure they’ll never going to do this, for the simple fact that all editions basically share the same code base. And in the end Visual Paradigm is still first and foremost a company which is trying to make a profit.

I also don’t see how Visual Paradigm, as a company, would gain any benefit from opening their code. All it would do is provide freebies for some users who might even use the code to circumvent any restrictions and eventually get to use Enterprise features for free. That’s really not a healthy businessmodel.

But there are more issues to address. The Enterprise version (for which I have a license, I’m very fond of it) also uses trademarked brands. For example: ArchiMate is an open standard by the Open Group. However that doesn’t mean that its use is fully free of charge. If you look at the Open Group standards (which include TOGAF, ArchiMate, etc.) then you’ll quickly notice that there are some restrictions attached.

That would become a serious issue were Visual Paradigm to become an open source project; I highly doubt that they’d be able to utilize these standards in the way they’re doing now.

And well… You do realize that Visual Paradigm itself is mostly build upon open source solutions, right? Open the program folder, and then check out the bundled\3rdPartyLicense folder. 41 licences. From Ant to xmlbeans, commons logging and truezip.

And well… I’m biased (obviously) but although the Community edition is quite nice I can highly recommend the Modeler edition instead. Its license isn’t too pricey and it provides you access to everything you might need to start modelling. BPMN, data flow and the textual analysis are seriously impressive tools.

(for the record: even though I’m on Enterprise myself I’ve used a Modeler license for most of my VP usage, and I still hold it in high esteem. For me both Modeler and Professional are the best licenses you can get.

Sorry, had to be done